Love is a Fire by Lyssa Layne

Love is a Fire by Lyssa Layne 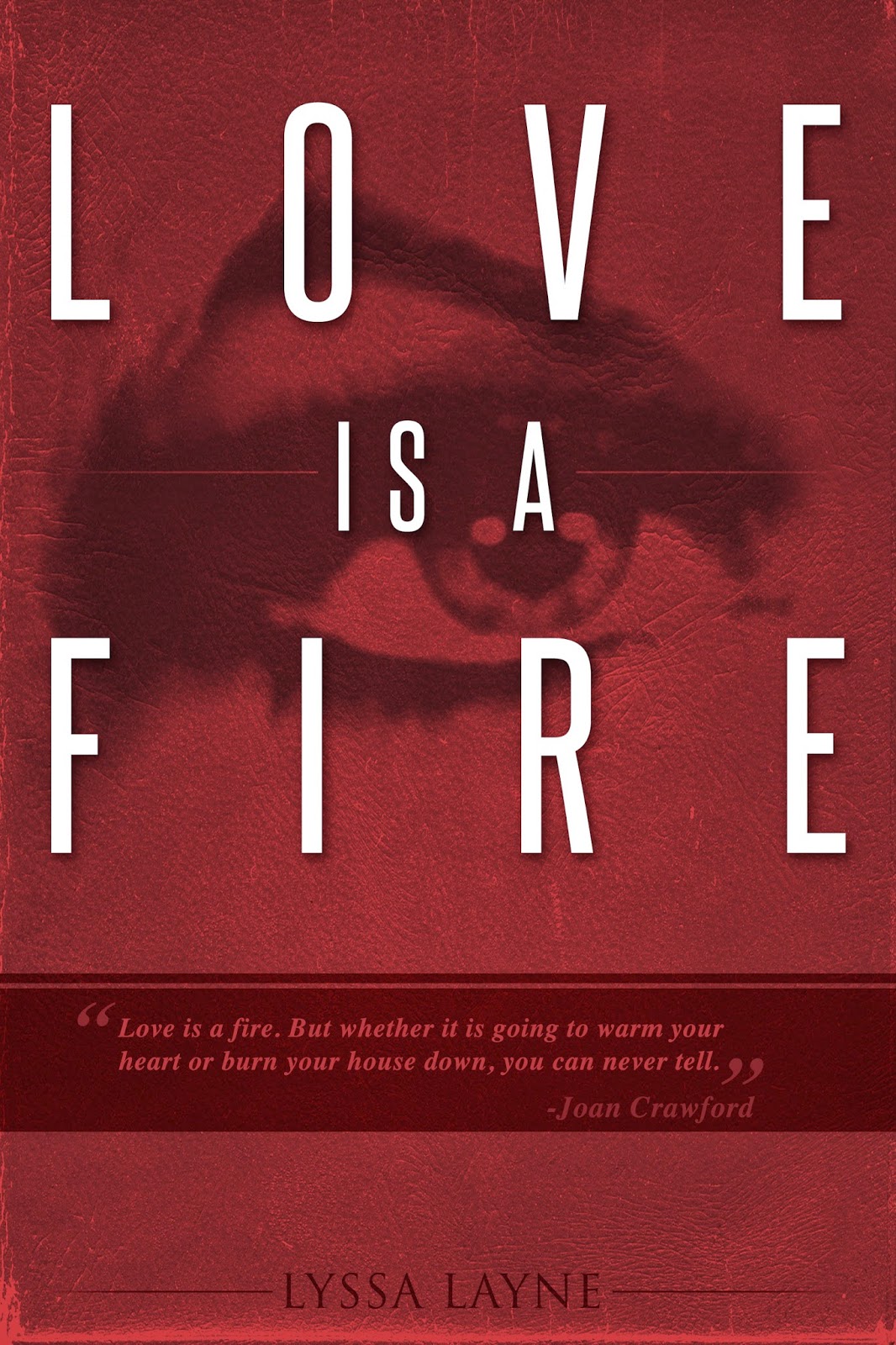 “Love is a fire. But whether it is going to warm your heart or burn your house down, you can never tell.” -Joan Crawford

Dr. Katy Malone has sworn off love after losing those she loves most in her life including her father, a member of the FDNY. She has decided to spend her time focusing on her medical research. Her ex-fiancée, and fellow doctor, isn't ready to give up on loving her though.

Firefighter Nick Garrity is on a search for the future Mrs. Garrity. As he pushes thirty, with no prospects in sight, he's afraid he'll never find her. A devoted member of FDNY, he loves the thrill of his job and the satisfaction it brings him. He strives to teach the proby firefighter, Patrick Doyle, the ropes and pass on his passion to him.

When Doyle tries to impress the guys on the crew, he ends up in the care of Dr. Katy Malone. One look at Dr. Malone and Nick knows he's found his future wife but can he convince her to love again?

EXCERPT
As the guys started to protest, the alarm sounded signaling they had a call. They ran to the truck, pulling on their gear and jumped in the engine as they headed out to a car fire due to a pile-up on the parkway.

As they pulled out of the garage, Jesse asked, “How’d it go last night? Get any action?”

The two of them had gone to O’Malley’s, an Irish bar two blocks north of the station. Jesse insisted that they needed to find good Irish women. Nick always rolled his eyes at this because the girls Jesse picked up were good for him for a night at a time. Jesse was fine with picking up women at the bar for a one night stand and moving on to a different one the next, but it wasn’t for Nick. This isn’t to say that Nick hadn’t had his fair share of one nighters, but that was back when they were in the academy. Nick had always wanted a family with lots of kids and when the right woman came along, he’d settle down with her in a New York minute.

Nick shrugged at Jesse. “She was cute but only seemed interested because of the fact that I’m a fireman. You know how I feel about that.”

Jesse shook his head. “Man, you’ve got to get over that. That fact alone will get you laid every time.”

“Man, get off the future Mrs. Garrity thing. Live in the present and stop putting a deadline on things. You’re such a chick!” Jesse was good at calling Nick out on stuff, even when Nick hadn’t actually told him his thought process. It was the brotherly bond that they shared so Jesse always knew what was on his mind.

Nick’s thirtieth birthday was coming up in a few months. He had been ready to get married seven years ago when he graduated from the fire academy. He’d wanted to have three or four kids by now, but instead he was living in a rented two-bedroom house by himself. There’d been a couple girls in the past seven years that he thought could have been Mrs. Garrity. The first girl couldn’t handle the stress of being alone while he worked his tours and would constantly call the firehouse to find out when he was coming home. Then there was Missey Brown, the other woman he thought was the real deal. But when he came home sick, the only time in his career, he found her in bed with one of his classmates that worked over at Engine 75 and realized she wasn’t the one. After he kicked Missey out, he knew it would take time to find the real Mrs. Garrity, but now that he was almost thirty, he wasn’t sure he’d ever find her. 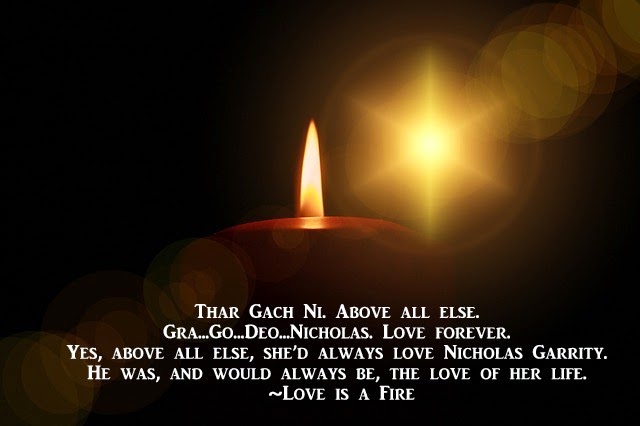 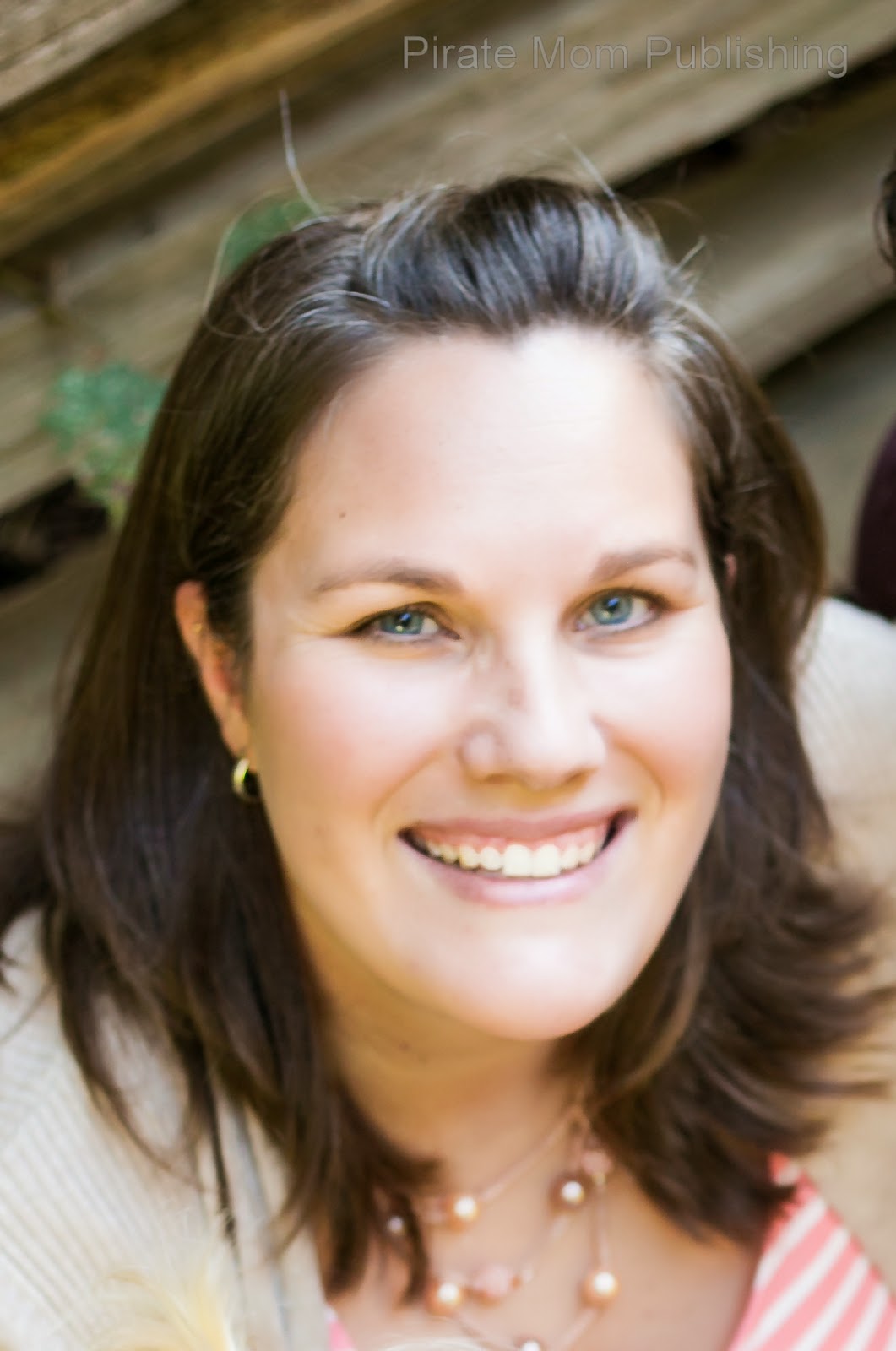 Lyssa Layne is first, and foremost, the proud momma to her precious daughter, AR. In addition to working full-time and being a mommy to AR, she is also an avid St. Louis Cardinals fan, a runner, blogger, and an infertility survivor.

Having watched one too many medical dramas and being inspired by author Rachelle Ayala, who introduced her to the world of indie writing, Lyssa decided to try her hand at writing a romance story. Her attempt turned into the Burning Lovesick series. You can find Lyssa’s own interests throughout her stories although all stories are fictional.

5 e-books of Love is a Fire
1 e-book of I Call Him Brady by K.S. Thomas
1 e-book of Taming Romeo by Rachelle Ayala
1 e-book of Razor’s Edge by Racquel Reck
1 e-book of choice of Melissa Keir’s (choices include: Second Time’s a Charm, Three’s a Crowd, or Protecting His Wolfe)
1 set of Bottlecap Magnets from Sprouts and Sprockets
1 Firefighter Awareness Bracelet from Creations by Accident
1 Pearl & Black Bracelet from Made with Love
2 Pearl-Wire Rings from Pine Wind
1 set of coffee magnets from Yellow Chick Designs
1 pair of anchor earrings from Made by Lin Lin
AND the coolest prize of all, naming rights of one of the characters in the sequel Burst Into Flame 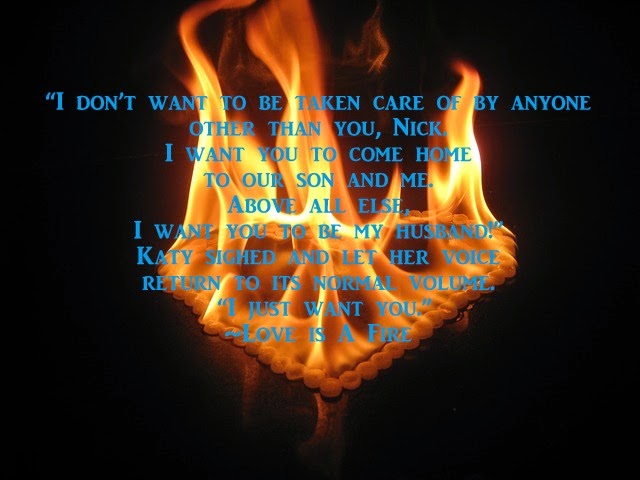 a Rafflecopter giveaway
Posted by Unknown